About a year ago I had met the visual artist Henthorne at Williams McCall Gallery as part of a collective exposition around Art Basel. His work featured on that occasion was BETWEEN WORLDS. The ethereal atmosphere of his white and black photographs captivated my mind.

We kept in touch and after being able to match his busy schedule, we were able to talk about what drove him to photography, his creative process and his current and future projects.

How did you got involved with photography?

Henthorne: I first got involved with photography in college. Certainly as a novice amateur but it always piqued my interest. As I started traveling abroad (after college) I started to develop a real passion…. to take better pictures.  I started sharing my images from my journeys and slowly but surely a few people came forward and wanted to purchase one of the prints. I never started off with that intention but this is where everything started. Once that happened I decided I really needed to up my skills…. this is when I got super serious about my work…. Circa 2000. Things developed and progressed over the next five or six years to where I ultimately left the corporate world of software and IBM and decided to follow my passion full time. I went pro in 2006….

Do you consider your place of birth and the time you were born affected your view of the world? How?

H: Not so much the place and time but more about my parents and my siblings.  As a child growing up, my parents traveled with me and my siblings extensively. Most Summers were spent gallivanting around the United States typically in Yellowstone or on the West Coast or in some awesome national park. I think I had been to the majority of the States by the time I was ten years old.

Extensive travel growing up has totally shaped who //what //and how I am today. It was this early travel and exploration that has led to my desire to see the rest of the world as an adult. More importantly my photography is all about sharing my Journeys and Explorations with others. That IS how it all started…. and continues to be the driving force behind my artwork.

Your work shows a preference for black and white, why is it that color is not part of your work?

H: For me black and white provides more depth for artistic expression. as you can see from my photographs from my artwork my images tend to be minimalistic… they also tend to play on abstraction. When I “bend” time with my technique… it usually creates this alternate reality.  And I like that reality to be all about the composition.  Put simply a black and white image last 1/2 Superior composition to hold the viewer’s attention.

With color there’s nothing wrong with it, but you can definitely get by with a less-than-perfect composition. In my mind, Bright and shiny colors are almost cheating.

For many reasons, black and white has always resonated with me the most for these images. So many years ago I made the commitment to go down this road.  And it IS A ROAD I LOVE.

Water is a recurring theme, why did you chose this approach?

H: I’m always reminded of the quote from Arthur C. Clarke: “How inappropriate to call this planet Earth when it is quite clearly Ocean.”

Water is everything. It’s a central part of my life so certainly is my passion and why it’s always a recurring thing. I find this intersection of ocean on earth to be this challenging place. This epic battle and struggle between the ocean eventually eroding, taking away and moving things back to where they started. For me being in on or around the water is what makes me get up every day and go do what I do. There’s this Zen calmness that setting on the edge of the ocean brings… and watching… smelling… seeing… feeling… huge waves come in…  It invokes all the senses. That feeling is what I live for.

Interaction between outdoor land and water elements are carefully chosen. What is your process prior to shoot your location?

H: Great question thanks for asking. I think people naturally assume… wow, I just get lucky (often)… but the reality is there’s months of planning that go into each one of my series well before I step on a plane.

My primary tool for this is Google Earth. I’ve been a user from the beginning when it first came out. So you can imagine how obliterated my map is with “pin drops”. When I notice a great location, I drop a pin. I have been doing this for a very long time.

So in reality, I typically have 5 or 6 trips that are 80 to 90% planned at any given time. That didn’t happen overnight. That happened over years. Once a destination is funded… The real planning starts.  That last 10-20% of the location scooting takes several weeks of focus only on that solo destination.  Lots of logistics.

On my maps many locations are pinned. Each pin requires a visit in person to determine if it has all the elements I am looking for.  After years of doing it this way, most of my location selections are great, but there are always a few that just don’t work out for some unforeseen reason.

Once a location is in final selection…  it’s time to shoot.  It becomes all about the right weather the right timing of light and the right tide. Weather is a huge factor, sometimes it only takes me one day to get the shot.   Other times it takes an entire week… just to get one of these images that you see in my final artwork

Your imagery has a monumental point of view and a lack of human figure, is this a statement to show how small humans are compared to the rest of the world?

The lack of having human figures in my artwork has very little to do with humans and everything to do with the ocean. My ocean and earth theme is all about the ever-present body of water and its relentless ability to conquer everything in it. Whether it’s man-made or a natural element the ocean always wins, it always conquers.

Additionally, I want that simplicity and that minimalism in the images. I’d love to have a human figure in some of these…. just to provide some sense of perspective. Some sense of scope and vastness. But I’ve chosen to leave that out and just let the elements speak for themselves.

We always portray the artist’s work as a solo endeavor. How important is for an artist to collaborate with others? I am thinking specifically about BETWEEN WORLDS with Andres Amador.

H: As an artist, I had been working solo exclusively. In the early part of 2014….  It occurred to me that a collaboration with other artists could be tremendous.  My thought was …. perhaps 1+1 …could equal 3?  Meaning two artists working together to create something that was more than either of them could create individually.

I decided to literally make a list of other artists I would like to work with.  I slowly started to reach out to a few and instantly two projects were on the docket.  Ocean & Earth – Iceland…  a project that is being released Nov9th…  with an amazing Cinematographer and producer by the name of Brad Kremer. The second project was Between Worlds with the world-renowned earthscape artist Andres Amador.  The Between Worlds project on the rugged coast of Northern CA… was a major endeavor… as it took us about 6 months to finish.

I am planning future collaborations with other amazing artists.  Additionally,  Amador and I are open to Between Worlds II.  It will be a different location and a completely different experience, if and when it were to be funded.

What are your upcoming projects? And when we can expect to see them?

H: The next big thing is Ocean & Earth: Iceland. The artwork and short film are debuting November 9th at the Blue Ocean Film Festival.  The artwork and motion assets then travel to multiple cities including Art Basel in Miami.

Between Worlds Exhibition will continue to travel to selected museums and locations throughout 2017.  The full length documentary film will be releasing end of 2016 and then be on the 2017 film festival circuit.

Additionally, 2017 will see both my New Zealand and Sri Lanka Collections being released.

As for what’s next on the shooting calendar, all I can say is it’s somewhere in Southeast Asia. 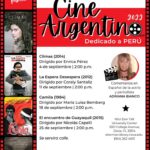 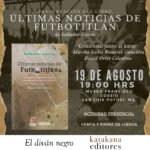 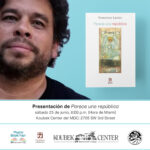 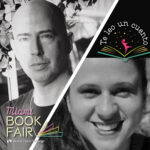 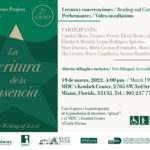 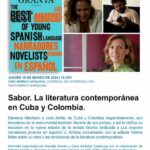 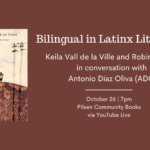 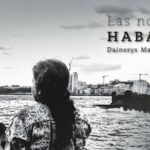 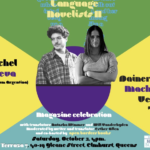